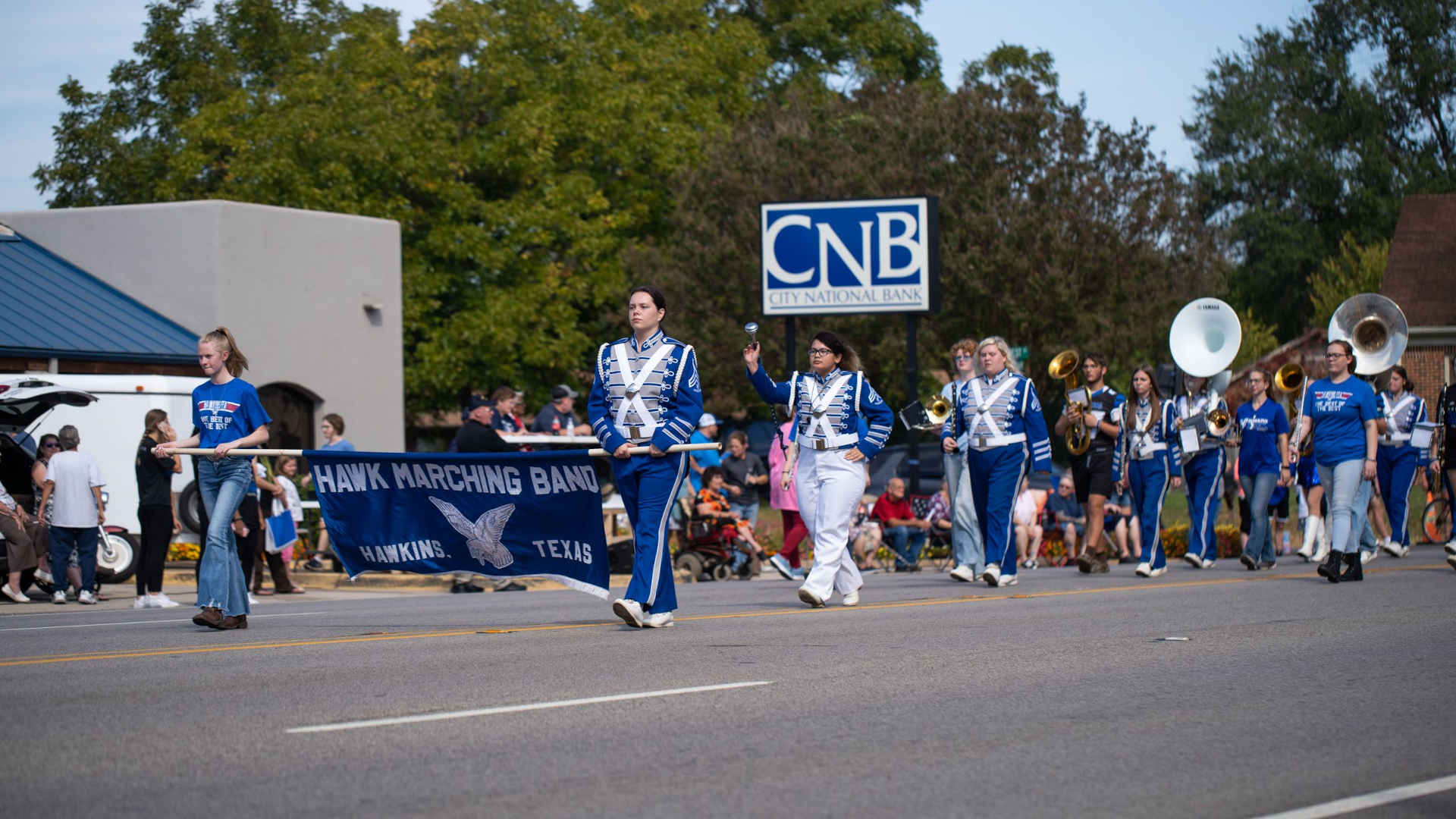 Remember in those old movies when an organization would put on a festival and the entire community would show up to eat, drink, laugh and reminisce together?

The festival, which will take place from 7 am until the evening of October 15, is really just exactly that: a day for the community – new, current, and even past – to reunite and enjoy time-honored traditions.

Because it’s scheduled to take place the same weekend as Hawkins’ popular homecoming and 50-year class reunion, Chamber of Commerce President Greg Branson says that he “expect[s] around 2,500” to attend the amazing festival.

The day will start out with Hawkins’ infamous Pancake Breakfast, which annually brings in 100-200 people. This community celebration celebrates Hawkins’ heritage as the homeplace of Lillian Richards, the Hawkins actress who played Quaker Oat’s Aunt Jemima for 23 years.

The breakfast starts at 7 on the crisp autumn morning of October 15. To get a ticket to this community event, come to Hawkins’ city park pavilion on the morning of the breakfast and pay the flat $5 fee.

Here, the Chamber will be serving all the delicious breakfast foods for which the city of Hawkins is called the Pancake Capital of Texas.

In addition to this delicious, wake-you-up-right breakfast, the city will also put on other fantastic events for individuals and families alike.

Fifty to sixty food and merchandise vendors will be present at this good time for all, filling the air with the smells of funnel cake, barbecue, and burgers even as the DJ’s music floats through the autumn air. Flowers wave from the canopy of a vendor tent and racks of clothing stick outside white tents for perusal. Kids jump and laugh in glee as they bump around inside a multi-colored bounce house, their parents contentedly shopping, eating or reminiscing with old high school buddies.

Not to be left out, one of the biggest events in the Hawkins Oil Festival is also planned for this great day: the parade. Beginning at 11, this renowned event will feature floats, the Hawkins school football team, cheerleaders, bands, and the recently-crowned Miss Hawkins. These will be handing out candy to attendees of the parade!

What is this big to-do celebrating?

Simply put, it’s a festival of heritage and community.

In 1873, around 250 residents of the Hawkins area were granted a post office for their newly-named town. The city grew over the following years into a thriving city of 500, with a newspaper, college, businesses and separate economy.

But it was in 1940 when Bobby Manziel, grandfather of later Texas A&M football player Johnny “Football” Manziel, discovered oil that everything changed.

Land in Hawkins began going for up to $10,000. People flooded in with their business, money, and efforts. Businesses started taking roots. Communities began forming.

Within the next 20 years, Hawkins’ population exploded as the “Boom Town” it’s now known as. And even today, Hawkins has many oil plants and fields within several miles of the city limits: as one of the biggest and richest oil fields in the entire state of Texas, Hawkins’ reputation as an oil town certainly warrants the Oil Festival they celebrate every year.