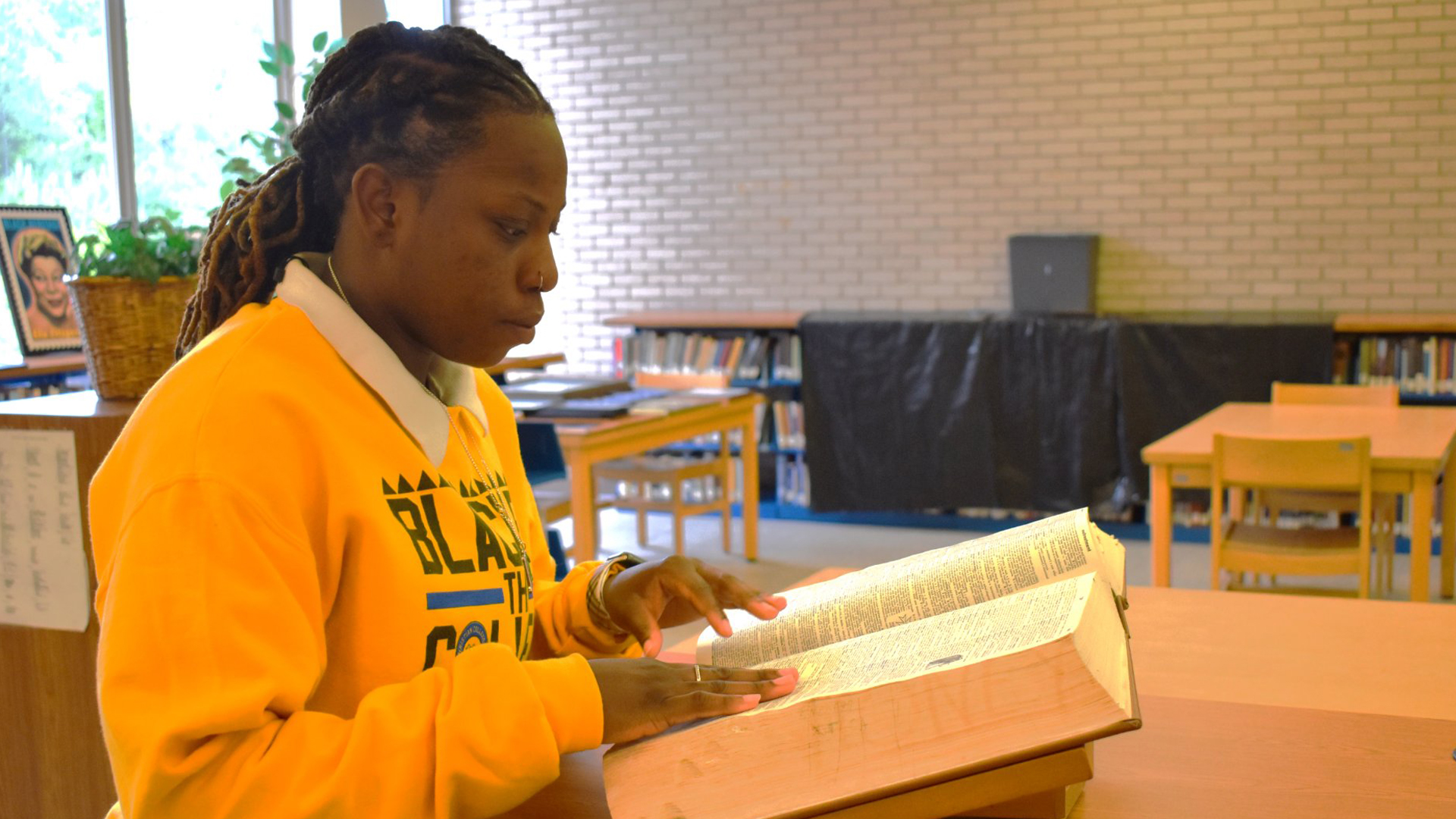 A sprawling, 1000-acre campus comes into view as the driver flits by a white picket fence, open, grassy lawns, and wide, blacktopped roads and paths. With several beautiful, tan brick buildings hugging the manicured grounds, the history as well as the beauty of the campus is obvious at a glance.

Is this gorgeous Wood County community all that it seems from the view of Highway 80?

The answer is a resounding yes, and more: this amazing, 110-year-old bastion of higher education is none other than Jarvis Christian University, whose existence means that Wood County’s homey community has its very own university within its borders.

Jarvis began in 1905 as the brainchild of the Christian Women’s Board of Missions (CWBM) of the Disciples of Christ Church. Allied with the Negro Disciples of Christ (the NDC), the CWBM wanted to create a school educating blacks in the area spiritually, physically, and mentally. The challenge? For the NDC to raise a thousand dollars towards the creation of the school, to be matched by the CWBM’s additional $10,000.

To reach this ambitious goal (especially considering inflation: the NDC’s thousand-dollar goal amounts to nearly $29,000 in 2022), the cause was appealed before Mrs. Ida Van Zandt Jarvis, a white philanthropist from Fort Worth. She was known for her great service to and around Wood County and for her dedication to the advancement of Texas’ black societies.

In 1910, Mrs. Jarvis convinced her husband Major James J. Jarvis to donate 456 acres of land in Hawkins on which to build the school: their intentions were to “keep up and maintain a school for the elevation and education of the Negro race… in which school there shall be efficient religious and industrial training.”

With a purpose in mind, land in hand, and money coming, it was up to the school’s creators to find a way to make the overgrown and densely forested land usable. Infested with snakes and other unwholesome creatures, the college at times must have seemed to the original leaders not worth the time and expense.

However, perseverance won the day: in 1913 the school opened its doors to twelve black elementary students: these were the first students ever to step foot in what was then called “Jarvis Institute.” College-level classes were added in 1916.

As both a school with very limited funds and as a “work school,” students, staff and faculty were all expected to help with the day-to-day operations of the school. From tending the laundry to feeding campus livestock to doing repair jobs, the hard work and dedication of Jarvis’ students kept the institute going steadily and smoothly.

With time, however, came seemingly unconquerable obstacles. Even as their courses continued to educate the “head, heart, and hand” of students who enrolled, the college came to a frightening place where funding ran low and they subsisted on donor support. Three separate times, raging fires made their way across the campus buildings, tragically resulting in the death of a student, a loss of six months’ worth of food, and the loss of vital buildings on campus. However, with faithful and earnest prayer, worship, and determination, the school community worked hard to rebuild and relied on God to see them through the toughest of times.

In 1939, Jarvis Institute received its official charter from the Texas state government and became “Jarvis Christian College.” From wartimes to the topsy-turvy and often tense years of the Civil Rights movement, the Christian college kept its doors open and its programs growing: in fact, from the thirty years from 1940-1970, Jarvis added eleven new buildings, including a student center, library/communications center, five housing centers, and a health center, among other impressive buildings.

The legacy of greatness continued into 1991 with the presidency of Dr. Sebetha Jenkins, Jarvis’ only female president to date. In her time in office, Dr. Jenkins led Jarvis into the new era of online education — an important accomplishment for the years to come. Her successor Dr. Cornell Thomas implemented a pre-honors program for incoming students in 2010.

Since taking office as president in 2012, Dr. Lester C. Newman has strongly emphasized developing the university and its programs: within a short time period, Jarvis under Dr. Newman’s direction has succeeded in discounting tuition, pursuing programs to eliminate student debt, and, astoundingly, more than doubling student enrollment.

Additionally, the college recently expanded their athletic programs: as of today, Jarvis features 17 varsity sports, including baseball, golf, basketball, track and field, bowling, soccer, volleyball, and a new wrestling program beginning in the Fall ’22 semester. With a beloved bulldog for their mascot, Jarvis’ athletics are a part of NAIA (the National Association of Intercollegiate Athletics) and have competed for more than 20 years in the Red River Athletic Conference.

Furthermore, in response to requests from Jarvis’ students and local community members, Dr. Newman and the Jarvis Board of Trustees are pursuing plans and fundraising for a new 90,000-square-foot conference center. The center, which will be in the style of a natural-light, modern-style shopping mall, will feature such amenities as a bowling alley, food court, fitness center, retail convenience store, and hotel facility (among other shops). Highly requested in the local community during the tenuous years of the COVID-19 pandemic’s quarantine, this ambitious project will serve not only as entertainment, relaxation, and a much-needed source of supplies for Jarvis’ students, but it will also be the same comfort for locals and travelers alike.

Perhaps most prestigious of Dr. Newman’s accomplishments while in office, however, is the new change that the college has put into place: as of May 6, 2022, Jarvis has taken another great leap into the future and is now officially chartered “Jarvis Christian University” with the approval of its first graduate degree offerings. Beginning in January 2023, Jarvis will offer a Master of Business Administration degree program and a Master of Science in Criminal Justice degree program, both of which will begin online.

Culturally and ethnically diverse and among the country’s 101 Historically Black Colleges and Universities, Jarvis Christian University welcomes students and faculty of all races and nationalities. International students come from more than 30 countries around the world to study in many of Jarvis’ signature programs including computer information systems, biology, business, criminal justice, kinesiology, religion, social work, and teacher education.

On the campus itself, the Ida V. Jarvis Student Center serves as a place for students to feed themselves socially as well as physically. Featuring the cafeteria as well as the Game Room, which has a video game lab, billiards, arcade-style games, and TVs, among other recreational amenities, the Student Center is a beloved landmark of the university.

When not at the Student Center or at classes, students also enjoy playing any of the university’s current 17 sports or worshipping at Smith-Howard Chapel, the beautiful campus building where worship services are held behind beautiful stained glass windows.

Educating working adults and recent high school graduates alike to be the backbone of tomorrow, Jarvis Christian University is a prestigious part of Wood County. This amazing institution of higher education already has bold plans in the works for continued growth, accessibility, and relaxation. As they strive to prepare students “intellectually, socially, spiritually, and personally,” Jarvis Christian University proudly looks forward to a future of continued kinship and spiritual growth.