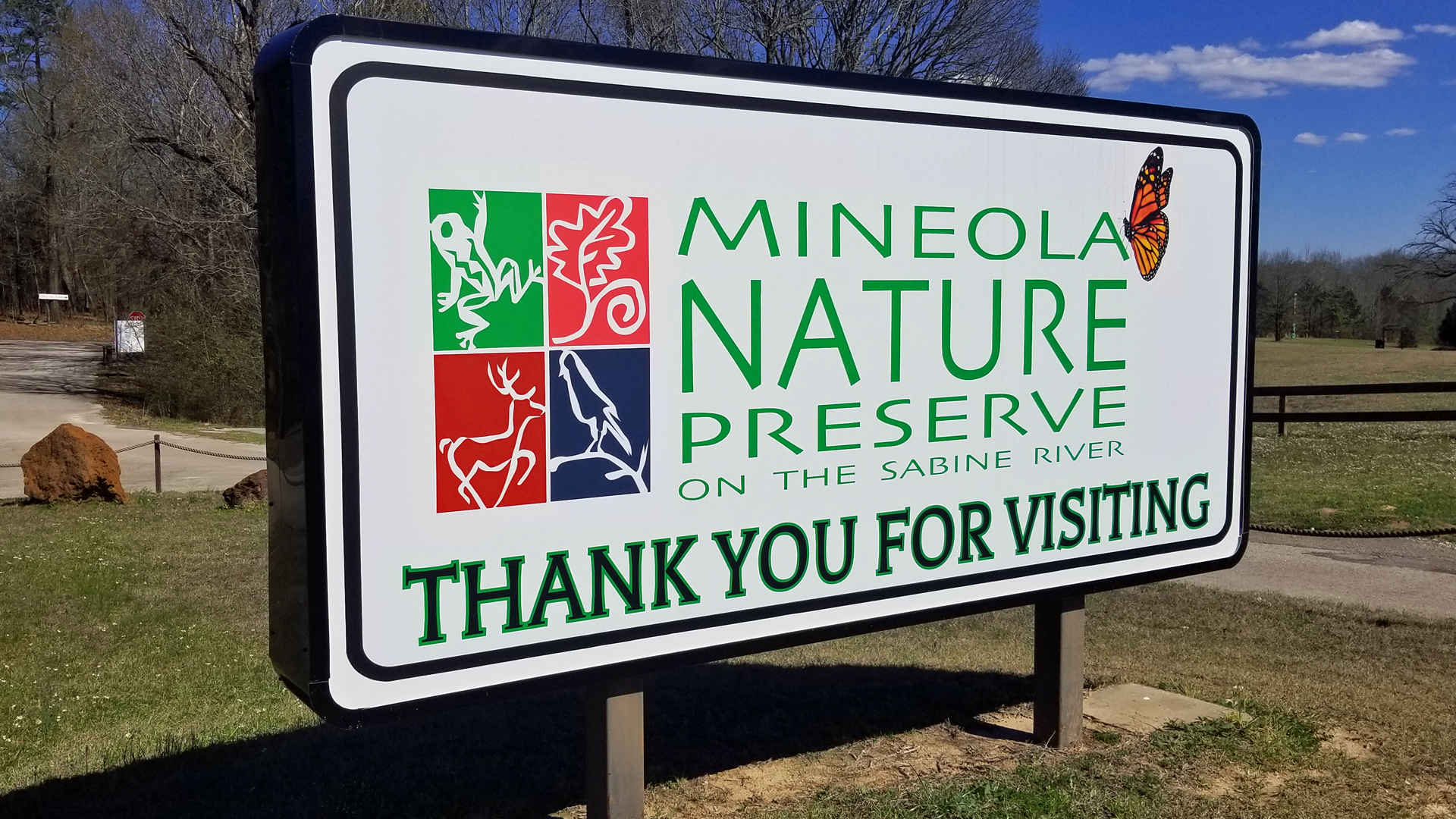 In any generic small town, one would expect to see a church, a gas station, and maybe a locally owned business. A city park, if they’re lucky. A playground, if they’re very lucky.

But an almost 2,900-acre city park with every amenity the citizens could think of? That’s outside the box.

The Mineola Nature Preserve, which is almost half the size of the City of Mineola itself, has an interesting story in its acquisition. In the 1990s, the City of Mineola was under fire from officials who claimed that the city needed to make serious updates to their wastewater treatment plant. That 100-acre plot of land—which had deteriorated some since its construction—was adjacent to land then owned by the Caruth estate. At the same time that the city was told they needed to update the plant, the estate actually filed a suit against the city. In the suit, the estate claimed that it didn’t want to own the property at all because the wastewater plant had flooded two thirds of it, making it worthless.

When “push came to shove” regarding the land, as previous Mayor and City Councilman Gordon Tiner said, “[I said to the board] Why don’t we just buy it?” And buy it they did.

After negotiating the purchase price of the land based on the estimates of two different appraisers, the City of Mineola purchased the land in 1997. The transaction came attached with a 20-year bond worth a total of $4 million ($2.7 million for upgrades to the wastewater treatment plant and $1.3 million for the land).

The city then put together a taxpayer-aware plan to pay off the land. The question was how to pay it off without putting the burden on the citizens?

As Tiner said, “We’ll not cost the taxpayers of Mineola one red cent—if we do it this way.”

“This way,” of course, meant grants, including a $1 million grant from the Texas Parks and Wildlife Commission, donations, and 4b sales tax—a sales tax which essentially gives the city half of one cent from all sales taxes generated in the city.

Many smaller organizations also got involved by donating to Mineola’s massive Nature Preserve. By 2017, with the help of these grants and the donations of many different individuals and organizations, the bond was completely paid off.

Soon after the land was purchased, the city began hearing ideas for what was best to do with the land. According to Tiner, the answer came when he and a friend from the board went up to the empty land and sat down on a hill that overlooks some of the property. After tossing around some ideas for what could be done with the land, Tiner turned and asked his friend, “What if the city wanted to develop this into a wildlife refuge park?

“And so it began from there,” Tiner said.

With this plan in mind, the city council for the next few years developed a master plan for the park. The intention was to create something akin to Tyler State Park—a place where people could hike, bike, ride, camp, or play. To accommodate the particular interests of the local citizens, in 2002, a survey was taken of Mineola residents asking what they would like to see incorporated into the park. Based on the results of the survey, Mineola broke ground on the project in 2005.

At first (due to the cost and expanse of the project), Tiner admits that the Nature Preserve was affectionally nicknamed “Tiner’s Folly” after the historic name for Alaska, “Seward’s Folly.” However, since the day construction was started on the land, the Nature Preserve has continued to grow—in amenities and popularity.

Today, the Mineola Nature Preserve is much more than a collection of playgrounds. In fact, it is being continually updated with events, programs, and amenities based on the needs and wants of the community. Now, the Nature Preserve is well-known for its brand-new disc golf course—a full, 18-hole course spanning a large area—as well as hiking, mountain biking, and equestrian trails, as well as an amazing assortment of wildlife.

The forests, flood lands, and prairies of the Preserve are some of the most beautiful in Wood County. Whether one is out exploring the winding, shaded paths of the paved walking trails or canoeing down the gorgeous Sabine River, amazing natural scenes are in abundance at the beautiful Nature Preserve. It also boasts several wildlife-spotting platforms, more than 193 species of birds, buffaloes, lizards, and allegedly even alligators housed in some of the Preserve’s infamous ponds.

Even aside from the gorgeous sights at the Nature Preserve, the Wood County-local property is also known for the sounds in the air. Every day, from 7:00 a.m. to sunset, visitors to the Preserve are inundated with the peaceful twittering and calling of birds, the shuffling of trees in the breeze, and the eternal rippling of the pathside brooks and ponds. Lizards, snakes, and the occasional deer will also skitter across the path as visitors enjoy the filtered sunlight under the canopy of trees.

The Preserve was not created just for those wishing to get away and immerse themselves in the peace of nature. In fact, while much of the 2,900 acres is dedicated to the preservation of nature in its wild states, this massive plot of land also features more traditional elements of a city park. To this end, Mineola has built a playground, a picnic pavilion, and a pond observation deck on the property—amenities which are greatly enjoyed by children and families alike throughout the year.

It also features some extremely unusual elements. Unique elements to match this unique park include the infamous totem pole, a glassed-in beehive, a windmill, and an archery range.

Interestingly, the Mineola Nature Preserve also hosts events every year. To do this, the Preserve features multiple venues, including the amphitheater and the People’s Pavilion. Both venues may be rented out for a $100 a day with a $50 deposit. Events held at the massive Nature Preserve span a wide and interesting range, including 2015’s Kacey Musgraves concert, an eclipse festival for 2024’s eclipse, disc golf tournaments, and fishing events for children. The Preserve also hosts around 25 weddings every year, not to mention gender reveal parties, birthday parties, and field trips, among others.

According to Owen Tiner, the Marketing and Tourism Director of Mineola, the Mineola Nature Preserve saw 62,000 visitors over the course of this year. These large numbers of tourists to the amazing Preserve cause a “roundabout” but quite effective impact on Wood County itself. While the Preserve doesn’t charge any of the visitors anything to come to the park and use the amenities (except a few of the rental venues), they do accept donations. However, this free park actually brings revenue and tourism into Wood County through the simple act of bringing in large numbers of visitors.

“There is a natural spin off [to bringing visitors to the park], because not everybody stays within the city of Mineola,” said Owen Tiner. What essentially happens is that visitors who have spent a long, fun day at the Preserve, rather than going straight home, often stop off in nearby Mineola for a delicious local meal, beverage, or entertainment to finish off their perfect day. This revenue thus ends up boosting Mineola’s—and thereby Wood County’s—revenue and tourism efforts.

As Owen Tiner pointed out, one reason that the Preserve does so well in terms of annual visitors is its uniqueness. While surrounding towns also have city parks, there is nothing nearby that has even nearly the same scale that Mineola’s Nature Preserve does. In fact, the Preserve is almost three times as large as Tyler State Park.

Due to its sheer size, the Mineola Nature Preserve has also implemented what is called the “Rescue Alert Information & Form.” This service is a free form and is accessible online. According to the website, anyone in the Preserve who is lost and needs direction or who has a medical emergency and needs the local, live operator to send assistance can do so. Instructions on how to find one’s location so the operator may direct one safely back to a trail or campsite, on who to call, and on what to do once one has called the live operator are on the Nature Preserve’s website.

The plans for the future are as interesting as the events that have come before them. One of the most compelling of the future plans is the 2024 Eclipse Texas Festival, which will run from Saturday April 6 to Monday, April 8 (the date of the total eclipse). At this unique, family-friendly festival, there will be food, live music, astronomy / scientific activities, and nature walks, among other fun details. Attendees to the Preserve’s festival will be almost directly between the center of the totality and the edge of the totality of the eclipse.

Also on the master plan is the much-awaited Education Center for the Nature Preserve. The Center, which is planned to be built in the next few years, will be for those interested in learning more about the nature, history, beauty, and scenery that the lush, 2,900-acre park has to offer.

To Owen Tiner, the best part of the Mineola Nature Preserve is its year-round aspect: Interestingly, the Preserve is open every day of the year, rain or shine, from 7:00 a.m. to sunset. The only day the Preserve is closed is Christmas Day. “You can find something to do, year-round!” he said. “The possibilities of what you can do out there seem to be unlimited.”

To Gordon Tiner, it’s about family, fun, and finding a time to relax—time to get away from the busyness of life and enjoy nature and each other. It’s about going to see people enjoying what was, in many respects, his “brainchild.” “Whenever I go out there, I see people having fun. And I have fun watching them,” he said.

As the future comes, the Preserve will continue to host the popular disc golf tournaments and championships, expand the mountain biking trails, cultivate the gorgeous gardens, and remap the grounds. At the same time, it will continue to plan and host large-scale events, such as concerts, festivals, and other gatherings (including a celebration event for Mineola’s 150th birthday). In addition, if the people of Mineola or other local communities have suggestions for something else they would like to see, the Preserve is certainly willing to consider their ideas for what to do with the land.

Anyone who is interested in submitting ideas to the board for review should contact the City of Mineola and to ask for Owen Tiner. The proposal will be considered, and requests with ample interest and potential will be forwarded on to the board for review and discussion. According to Owen Tiner, however, any new proposal may take months or years to come to fruition, as the board must decide if there is sufficient money and local interest to back the project.

“This is what the people wanted, and we’re doing our best to deliver it,” said Tiner.

From the educational buildings, primitive camping, canoeing, and hiking, to the gardens, playgrounds, and venues, all of the Nature Preserve is worth seeing. It’s the perfect place to get away and spend your weekends. And if anyone feels that there is something missing, there’s a place to submit your thoughts and ideas, too!

When was the last time you spent some time outside? 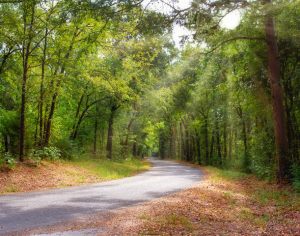 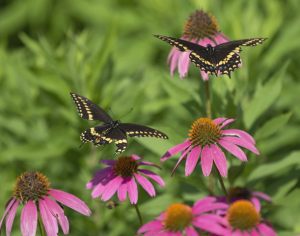 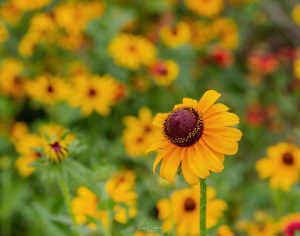 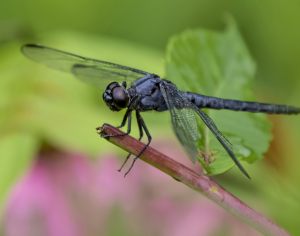 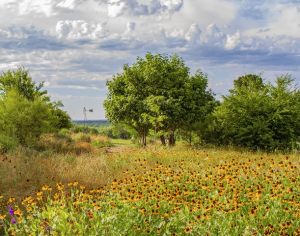 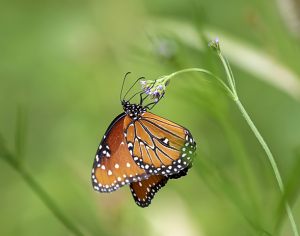 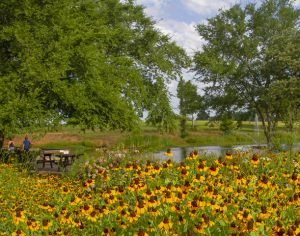